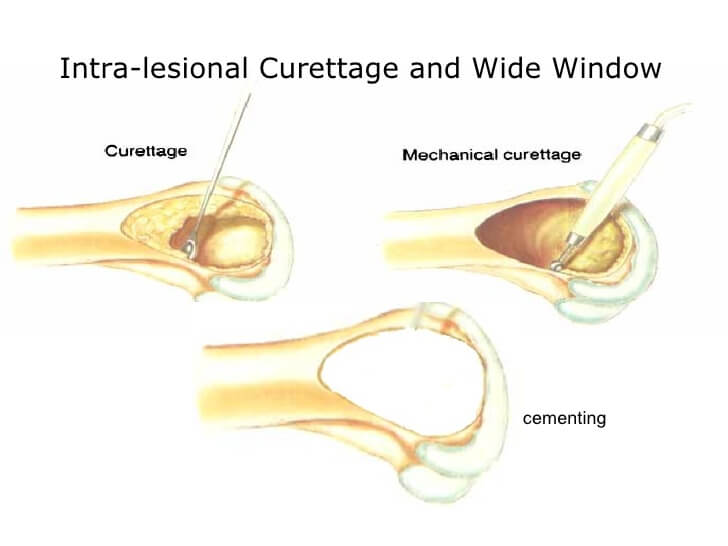 Extended curettage is an attempt by either mechanical, chemical, or thermal means to extend the margin of the intralesional excision to decrease the recurrence rates. Common adjuvants used include liquid nitrogen, phenol, methyl methacrylate, high-speed burr, and argon-beam coagulation. Use of adjuvants in combination with intralesional curettage has decreased recurrence rates to 2% to 13%.

After the entire cavity is ‘painted black’, the cavity is thoroughly irrigated. The defect is now ready to be reconstructed. Specific reconstruction technique depends on the histology of the lesion and the risk of recurrence. In cases of a giant cell, tumor bone defects are reconstructed with PMMA (bone cement).

PMMA provides immediate skeletal stability and facilitates postoperative surveillance for recurrence. If a bone graft is used it is sometimes difficult to differentiate between graft resorption and tumor recurrence, based on plain radiographs. In most other benign diagnoses allograft or autograft is used to reconstruct the bone defect. Consideration of a combination of preoperative planning and an ultimate intra-operative bony defect is used to determine if prophylactic
fixation is required. 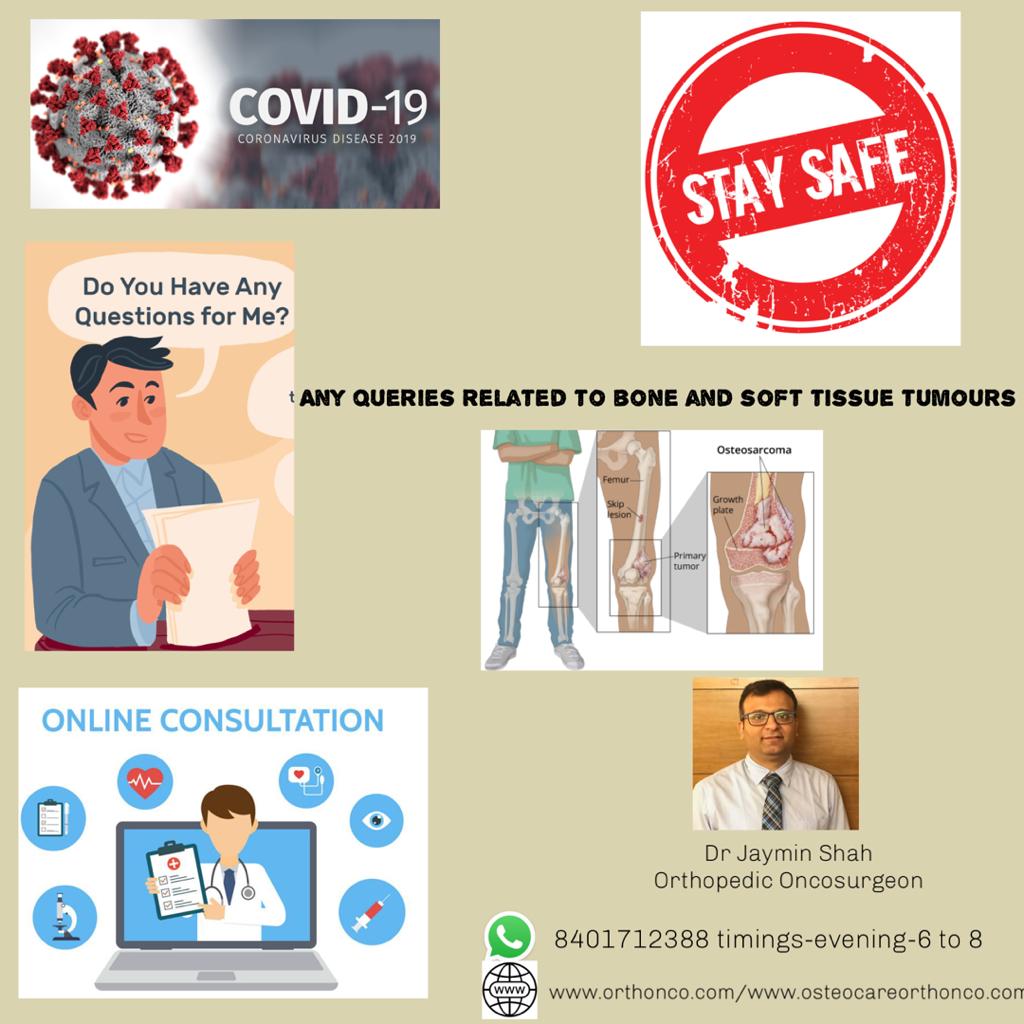